In my previous post I highlighted Lake Baikal in Siberia as an example of how our boats are being built in parts of the world about which most people have never heard. Following on that post, I have received photographs of two more of our Lake Baikal boats, both built by Stanislav Pechenkin. 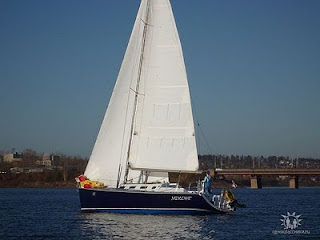 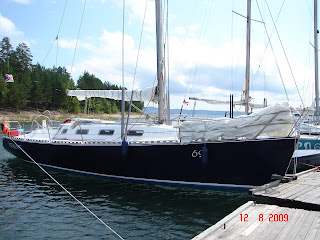 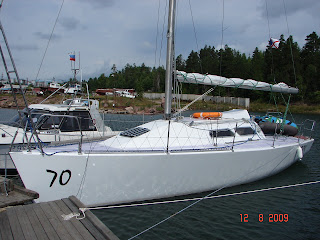 It looks like Stanislav made a beautiful job of these two building projects. It is always pleasing for a designer to see a builder produce good quality.

If you have built one of our boats in a remote place, please send me some photos. You may see your boat in a future post on this blog.﻿

We wish everyone a great New Year celebration and a wonderful 2011.

The answer is that we have now sold our boat designs to customers in 80 countries. That is the power of the internet. It allows us to reach, communicate with and support people in almost any country in the world. We are able to support a builder in a small country on the other side of the world just as easily as a builder around the corner from us.

As long as we are able to communicate by email, the builder can send me questions and I can respond in a reasonably short time. That is easy enough if the builder is fairly comfortable with English but it has sometimes presented challenges when neither of us understands the language of the other. On-line translation services have helped tremendously, allowing me to translate the questions into English, write the answer then translate back into the builder's language before sending the email. The translation sometimes needs a bit of interpretation because of the translation program using general terms rather than boating terms but the message does get through.

When I was a kid, my parents used to talk of Outer Mongolia as a really out-of-the-way place, even more unreachable than Timbuktu. They were right, of course, but the world has changed. Now we have 11 boats, from 15 to 43ft, being built or already in the water, in a city named Irkutsk. This city is on the shores of Lake Baikal, the largest freshwater lake in the world. It is more than 1 mile deep in places, holds 20% of all of the fresh water in the world (as much water as all of the Great Lakes together) and it would take the Amazon River 5 years to fill it. Irkutsk is in the middle of Siberia, Russia, to the North of Mongolia. I find it amazing that we have so many customers in a remote place like that. Their water is frozen almost half the year, so they have a short sailing season. That doesn't stop them from wanting to build boats. Read more about the amazing Lake Baikal. 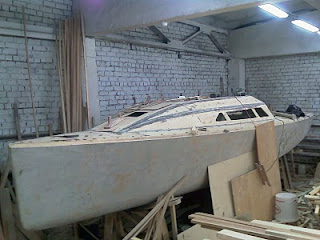 The boat above is a Didi 26 being built in Irkutsk by Ivan Vasilyev. A bigger sister, the Didi 38, is being built by Stanislav Pechenkin.

We have other boats being built in many other places that are seldom, if ever, heard of. You can see the countries where we have sold plans on our countries page.

It is growing cold here but not as cold as Siberia, I am sure. We have snow flurries in the forecast for tonight and tomorrow will be the day for adding Christmas lights to the outside of the house. Brrrrrrrrrrrrr.

Visit our website.
Posted by Dudley Dix at 6:02 PM 2 comments: