The yacht "Spailpin" is a steel Dix 38 Pilot, owned and skippered by Barry Kennedy. She is currently in the Antarctic, on her second voyage to that wild and very remote part of our world.

She was built in South Africa by Luke Fisher as his family cruiser, named "Bryana". He competed in the 1700 mile Governors Cup Race from South Africa to St Helena Island in 2012, with his wife and two teenage children as crew. Barry Kennedy bought her from Luke, renamed her "Spailpin" and made upgrades to ready her for more vigorous sailing adventures than she had done with Luke and family.
Wikipedia defiles a spailpin as a wandering landless labourer, an itinerant or seasonal farm worker in Ireland. Others also offer a rascal or layabout as alternatives. Seeing where she is now and how hard she and Barry have worked to be there, I don't think that the "layabout" handle will fit. That said, she did hang out for most of 2019 in the Falkland Islands between her two voyages.
Prior to her Antarctic voyage a year ago, Barry and "Spailpin" cruised the fjords of Patagonia. These photos are from that voyaging to some of the most incredible scenery in the world. 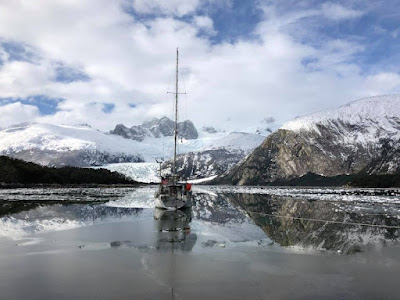 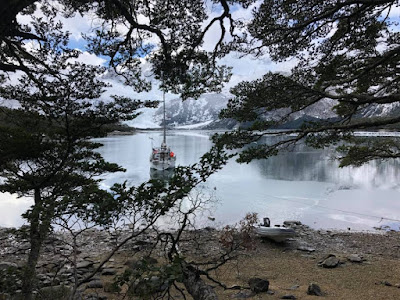 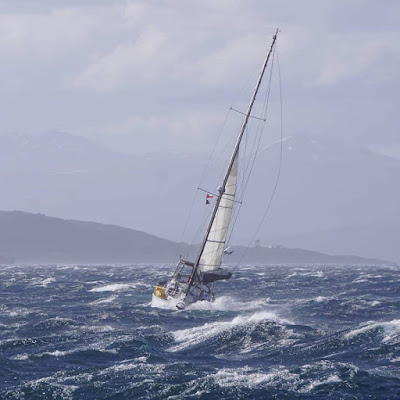 Two weeks ago Barry and I exchanged emails when "Spailpin" was in port in Ushuaia, Argentina, the most southern city in the world. Barry was preparing and stocking her for her voyage back to Antarctica while waiting for two crew to join him. Since then they have reached Antactica and are anchored in the sheltered waters of Enterprise Island.
Their crossing last year was very rough. This year they had much calmer weather, with only a few hours of gales. When passing Cape Horn it was calm enough for them to anchor and go ashore to visit the lighthouse and memorial. You can follow the travels of "Spailpin" at https://forecast.predictwind.com/tracking/display/Spailpin.

See more about the Dix 38 Pilot and our other designs on our main website or our mobile website.